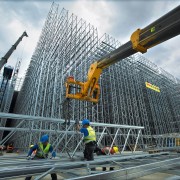 There is a ‘it won’t happen to me” attitude among workers and employers operating in New Zealand’s highest-risk industries.

The Health and Safety Attitudes and Behaviours in the New Zealand Workforce survey studied New Zealand’s highest risk industries where most workers are injured or killed – agriculture, construction, forestry, manufacturing and commercial fishing.

More than one-in-five workers in high risk industries said they had experienced a serious incident in the last 12 months.

But when asked whether they thought there was at least a moderate risk of a worker/workmate getting seriously hurt in the next year, only 17 percent of workers and just 6 percent of employers thought so. While acknowledging they work in risky industries, the “it won’t happen to me or my workmates” view is strong.

The survey showed that while workers and employers say health and safety is a priority, it needs to be higher to improve on New Zealand’s poor health and safety workplace performance which is twice as bad as Australia’s and four times worse than the UK.

However, some good practice is occurring with workers and employers taking steps to prevent accidents from happening.

WorkSafe New Zealand Chief Executive Gordon MacDonald says the survey results help New Zealand understand what it has to do to lift health and safety performance.

“Everyone deserves to come home safe and healthy from work – but the reality is too many New Zealanders die or are seriously injured earning a living.”

“Leadership and shared responsibility are key factors in ensuring people are kept safe at work and while that is happening more needs to be done. This survey helps us, workers, employers and all New Zealanders identify areas to be improved on,” said Gordon MacDonald.

“Attitude influences behavior and these surveys show there is a mismatch between how safe employers and workers think their workplace is and reality. The surveys will enable the agencies to focus safety messages and campaigns on the right areas to deliver real change.”

The 2014 Health and Safety Attitudes and Behaviours in the New Zealand Workforce survey was a collaboration between WorkSafe New Zealand and Maritime New Zealand.

Just the stats: The science of video engagement
Scroll to top